By Anand Narayanaswamy Last updated May 12, 2020 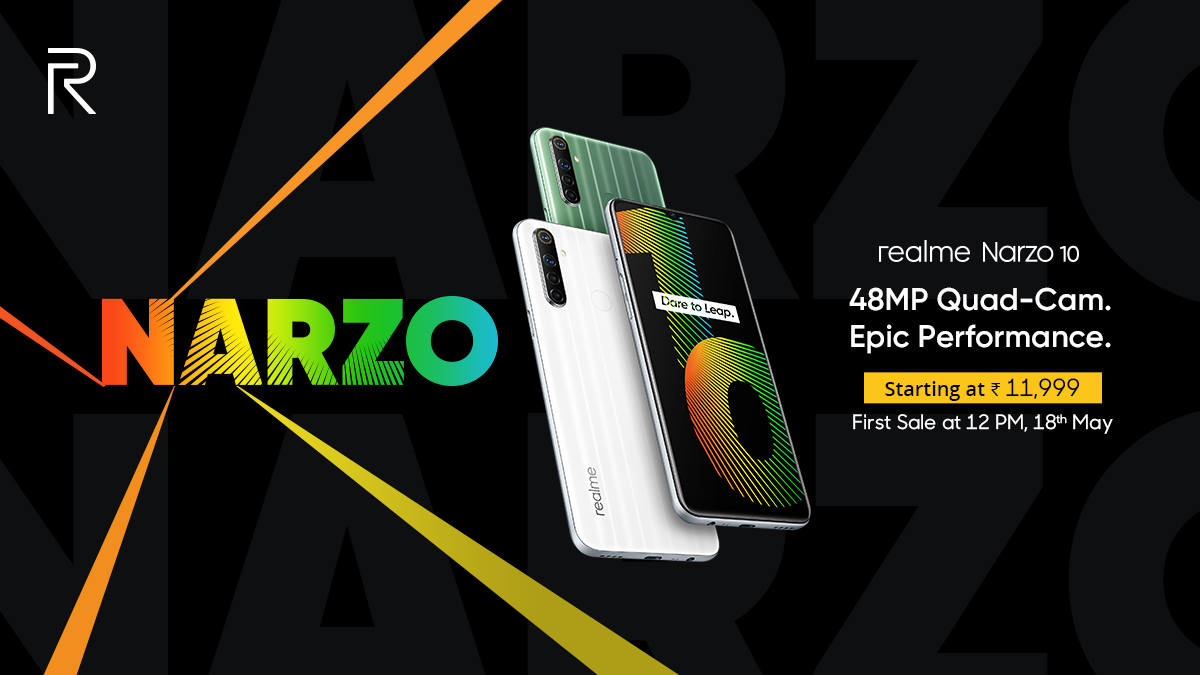 Realme has launched the much-anticipated Narzo series smartphone in India. The Narzo series comprises of Narzo 10 and Narzo 10A smartphones. The Narzo 10 smartphone features a 6.5-inch HD+ notch display and is powered by an Helio G80 processor. The screen-to-body ratio of 89.8 percent is not great when compared with the competing devices. The handset is pre-loaded with realme UI based on Android 10 operating platform. The chipset is designed using a 12nm manufacturing process. The handset features a 48MP Primary camera sensor with f/1.8 aperture coupled with AI scene recognition capabilities. The smartphone is backed by a 5000mAh battery with reverse charging support and 18W fast charging technology.

The Realme Narzo 10 features a 6.5-inch HD+ mini-drop Corning Gorilla Glass 3+ protected display with a resolution of 1600×720 pixels. The phone features a gradient design created by Japanese designer Naoto Fukasawa and make use of the spray painting process.

Under the hood, the Narzo 10 is powered by an Helio G80 processor coupled with ARM Mali-G52 2EEMC2 graphics processor. The processor is designed using a 12nm manufacturing process, which is disappointing when compared with the 7nm processors. The 4GB RAM is well supported by a 128GB eMMC 5.1 expandable storage. You will be able to extend the storage up to 256GB via a microSD card slot. The handset is pre-loaded with realme UI based on Android 10.

On the optics, the handset features a 48MP (f/1.8) primary camera with support for LED Flash and PDAF. You will be able to shoot FHD videos at 30fps. The secondary camera comprises an 8MP ultra-wide, a 2MP macro, and depth (f/2.4) sensors respectively. The front-facing camera offers a 16MP sensor with an f/2.0 aperture. The Realme Narzo 10 borrows power via a powerful 5000mAh battery with support for 18W fast charging technology. Moreover, the device offers reverse charging functionality.

In addition to the fingerprint sensor, Narzo 10 provides support for 4G VoLTE

The Realme Narzo 10 will be available in That White and That Green color variants via Flipkart and Realme at INR 11999 starting May 18.

Realme Narzo 10 with Helio G80 Processor to launch today: How to watch the live event

Vivo V19 with Snapdragon 712 Processor Launched: Everything you need to know