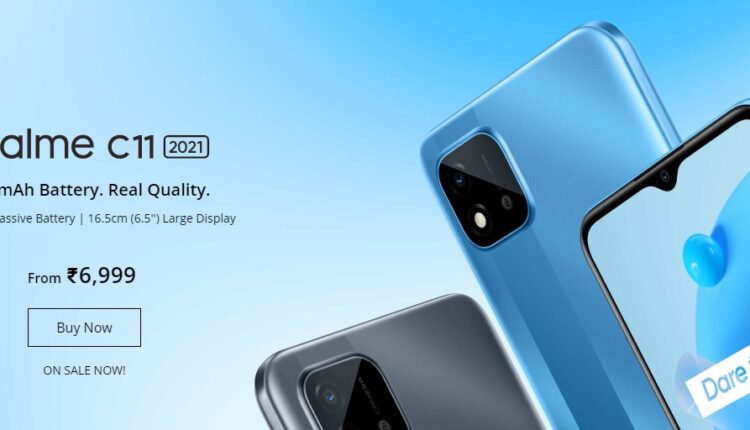 Realme has added another smartphone to its kitty with the launch of Realme C11 (2021) in India. The main attraction of the Realme C11 is the integration of a 5000mAh battery. However, the phone only comes with a single rear camera with a 20:9 screen. The Octa-core processor is well supported by 2GB RAM and up to 256GB internal storage.

The Realme C11 boasts a 6.5-inch HD+ display with a resolution of 1600×720 pixels alongside a 20:9 aspect ratio and 89.5 percent screen to body ratio. On the internals, the Realme C11 is powered by an octa-core processor, 2GB RAM coupled with a 32GB expandable internal storage. You will be able to extend the storage up to 256GB via microSD card. The smartphone is pre-loaded with Reame UI 2.0 based on Android 11 operating platform.

The disappointment is that the Realme C11 includes a single 8MP primary rear camera with LED Flash. The selfies can be snapped via a paltry 5MP sensor, which is very much less than competing devices. In addition to 4G LTE, the Realme C11 provides support for Wi-Fi, Bluetooth, GPS, A-GPS including a dedicated headphone port. The 5000mAh battery provides support for wired reverse charging using which you can charge other handsets via OTG cable.