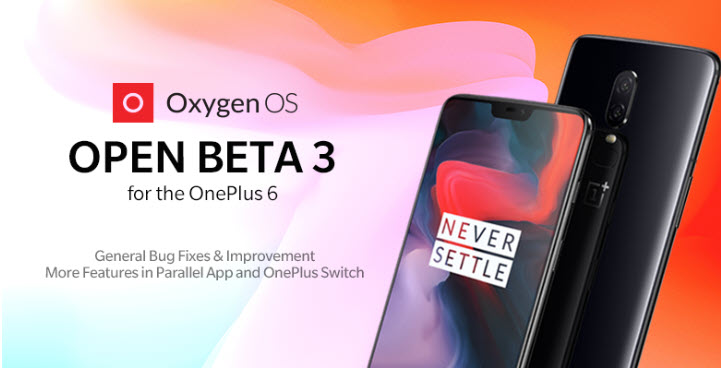 OnePlus has rolled out OxygenOS Open Beta 3 based on Android 9.0 Pie for the flagship OnePlus 6 smartphone. The update will be made available for all devices that are currently participating in the OnePlus open beta program.

The OxygenOS Open Beta 3 has fixed stability issues related to ambient display and also enhanced stability for not only Face Unlock but also a fingerprint sensor. If you hold the power button for 0.5 seconds, you will be able to launch Google Assistant or any other digital assistant. The latest update has added support for several apps in parallel APPS.

The OxygenOS Open Beta 3 based on Android 9.0 Pie has added manual connection method if you are unable to connect switch with QR code on the old device. It also provides backup and recovery support for application data including home and lock screens respectively. OnePlus also disclosed that few apps won’t run properly including Google Pay.

The OxygenOS Open Beta 3 based on Android 9.0 Pie will have significant bugs because of the nature of the beta build. Moreover, your device will sometimes become unstable when compared to general OTA updates. It is advisable to charge the handset up to 90 percent and establish connectivity with Wi-Fi before proceeding to install the update.