JioPhone 2 launch on August 15: All you want to know 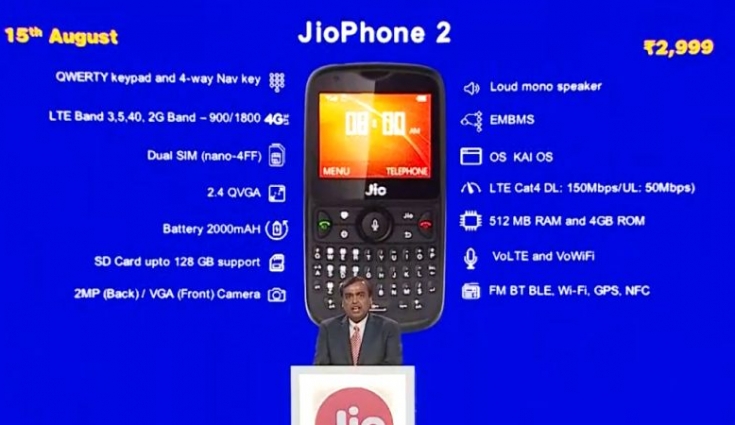 The JioPhone 2 is equipped with a 2.4 QVGA display, 512MB RAM, 4GB expandable internal storage loaded with KaiOS. The phone is capable of expansion up to 256GB via MicroSD card and provides support for 4G VoLTE. The phone offers a full QWERTY keyboard coupled with a wide horizontal screen.

The JioPhone 2 features 4-way navigation keys including a dedicated key for voice commands. Powered by a 2000mAh battery, the second generation JioPhone provides support for Wi-Fi, GPS, NFC and FM Radio. You can also work with social media platforms such as Facebook, WhatsApp, and YouTube.

You will be able to purchase JioPhone 2 starting August 15 at Rs 2999. The company will provide a facility to express interest for the second generation JioPhone before August 15. In addition to the new JioPhone, you can also place an order for the upcoming Jio GigaFibre, which will boost the Internet connectivity speeds by 1Gbps.

Reliance Jio is currently offering JioPhone for Rs 501 if you exchange an old working feature phone purchased after January 2015. You will have to pay an additional Rs 594 for 6 months of recharge along with the new phone.

Samsung Galaxy On8 With 3500mAh battery Launched In India