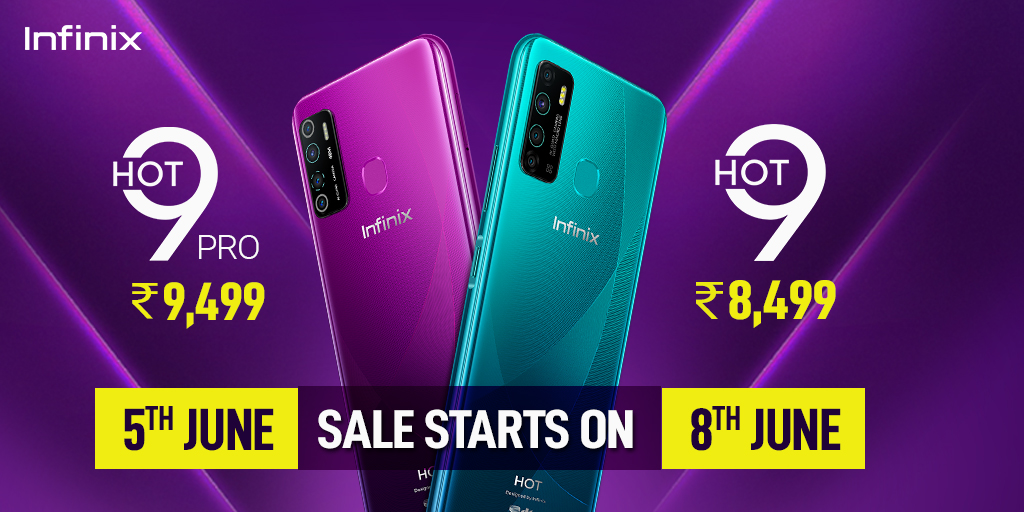 Under the hood, the smartphone is powered by an Helio P22 processor, IMG PowerVR GE8320 graphics, 4GB RAM coupled with 64GB expandable internal storage. You will be able to extend the storage up to 256GB via microSD card. The Infinix Hot 9 Pro is pre-loaded with XOS 6.0 based on Android 10 operating platform.

The front-facing camera offers an 8MP sensor with f/2.0 aperture and LED Flash support. The selfie camera provides advanced features such as AI Portrait, AI 3D Face Beauty, AR Animoji, and Wide-Selfie capabilities. The handset borrows power via a 5000mAh battery with the capability to deliver up to 19 days of standby time. The fingerprint sensor is placed on the rear side with support for Face Unlock.

In addition to Wi-Fi, the Infinix Hot 9 Pro provides support for Bluetooth 5.0, VoWiFi, FM Radio, USB OTG, and a traditional headphone port. The smartphone also ships with sensors such as G-sensor, Gyroscope, Proximity, and ambient light sensors respectively. The audio segment gets a rapid boost with DTS surround sound technology.

Meanwhile, the Infinix Hot 9 also includes a quad-camera but with a 13MP Primary sensor alongside secondary cameras. You will be able to take advantage of features such as custom bokeh, AI HDR, and AI 3D beautification capabilities.

Samsung Galaxy A50 Gets Better With Android 10