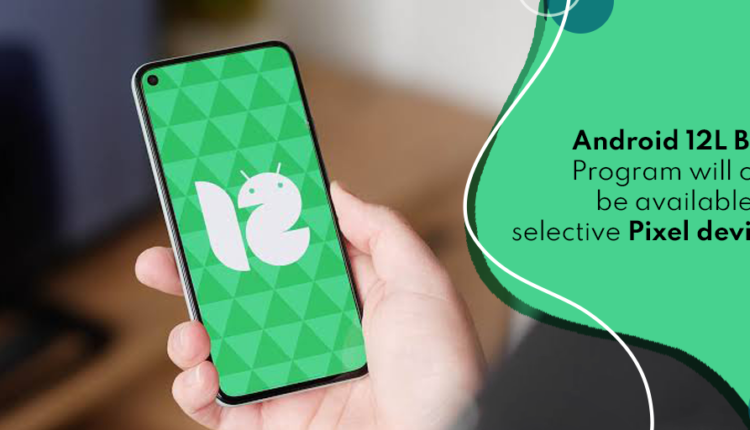 Last week, Google surprised us by announcing Android 12L, a follow-up to its recently released OS update designed exclusively for folding phones and tablets. Although you can’t download it on your phone right now, a public beta will be available to Pixel owners shortly.

Android 12L is now available as a developer preview, but it’s only for Android Studio users for the time being. However, the first public beta is scheduled to open in December, so if you’ve missed running early access software on your phone, you won’t have to wait long to try out new features. Despite the company’s concentration on foldables and tablets — and the long-rumored “Pixel Fold” staying just that, current Pixel phones will be allowed to participate in the test next month. This includes the Pixel 4, 5, and 6 variants.  It is worth mentioning that these devices can easily carry out functions such as messages backup.

Additionally, the Pixel 3a and 3a XL were first released in May 2019 with positive reviews. Both should continue to receive new software until next spring, according to the standard three-year update cycle. Owners of the company’s first mid-range A-series device, however, may be dismayed to hear that the Android 12L beta excludes the 3a family entirely.

We contacted Google about a possible Android 12L upgrade for the Pixel 3a, but only received a general response that the device would be supported until Q2 2022. Although it appears doubtful that a phone that was not supported during the testing stage will receive a future update, we’ll keep hoping. Non-beta testers should anticipate Android 12L to arrive on their smartphones after February 2022, according to Google’s update roadmap.

However, Google has announced that the Galaxy Z Fold3 will receive Android 12L features “soon,” including “Activity Embedding” functionality, which allows users to display two features from the same app at the same time. In terms of tablets, Lenovo’s P12 Pro will get its developer preview shortly, though the precise date is unknown.

Other devices are likely to follow sometime after March when the formal release is made. Given that Google warns users that most of its new features won’t be visible on conventional phone screens, this could be a patch worth waiting for.