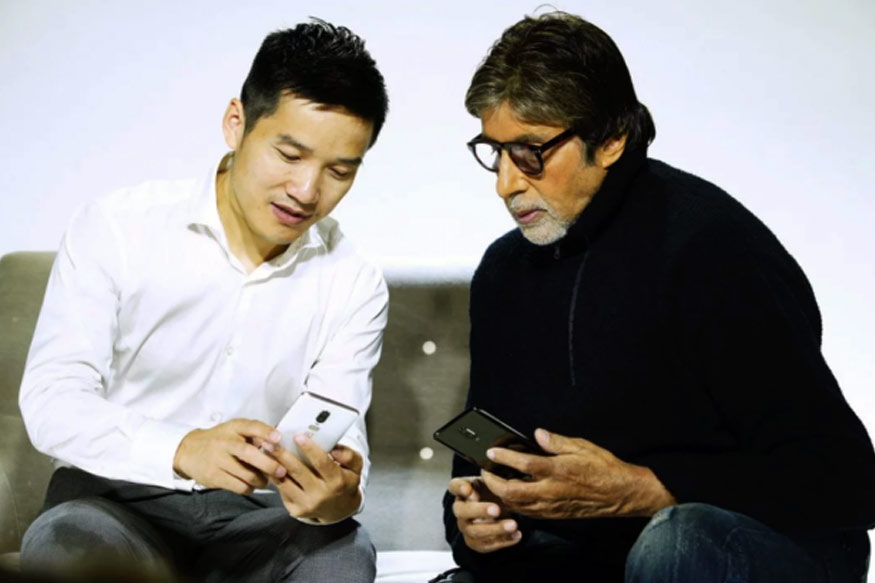 With only a few days left for the official launch of the OnePlus 6, Bollywood actor Amitabh Bachchan has reportedly leaked Black And White Colour Variants of the upcoming smartphone. Bachchan took to Twitter and shared an image of himself with Pete Lau, Founder, and CEO of OnePlus. Bachchan was seen holding a Black color OnePlus 6, while Lau carrying a White color variant of the upcoming smartphone.

When media guys noticed it and started to report, the actor deleted the tweet and posted a selfie with the CEO. It looks like the selfie was captured using OnePlus 6. If the handset on the image is indeed OnePlus6, then we infer that the company will release the device in both Black and White color options. 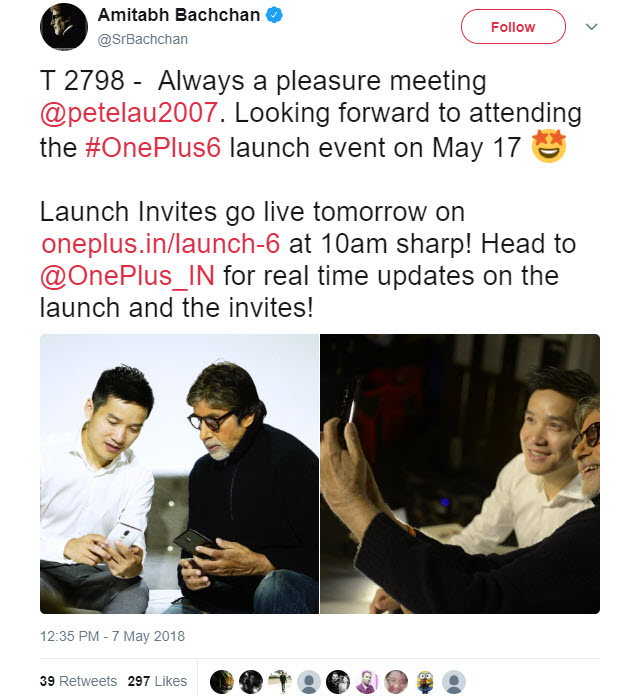 At the time when Bachchan deleted his tweet, media personnel and bloggers have already captured the relevant screenshots of the original tweet. Hence, even if the tweet is deleted, there will be multiple copies of the same in the form of images and screenshots.

The Black and White color smartphones look almost identical with dual cameras on the rear housed vertically alongside LED Flash. The sensors are placed in the middle of the rear side. The Black color looks beautiful when compared with White color. The OnePlus 6 is designed with a shiny glass body. The device also ships with a fingerprint sensor. If you notice the second image in the above screenshot, you will find shiny white side, which looks very thin.

Bachchan added that he will be attending OnePlus 6 launch event on May 17 in Mumbai. Moreover, launch invites will go live on May 8 starting 10 AM. The invites were sold out within five minutes and were out of stock when we checked at around 10.30 AM. He also points users to navigate to @OnePlus_IN for real-time updates regarding the launch of the OnePlus 6.

Talking about the design aspects, the OnePlus 6 will feature a five printed layer of Nanotech Coating, which is not available with any other smartphones. Under the hood, the OnePlus 6 will be integrated with a Snapdragon 845 processor, 8GB RAM, 128GB/256GB internal storage loaded with Android 8.1 Oreo. The smartphone will be resistant to water and dust via IP68 technology.

We will continue to monitor the developments related to OnePlus 6 and provide you with updates. Stay tuned with Android Rules.